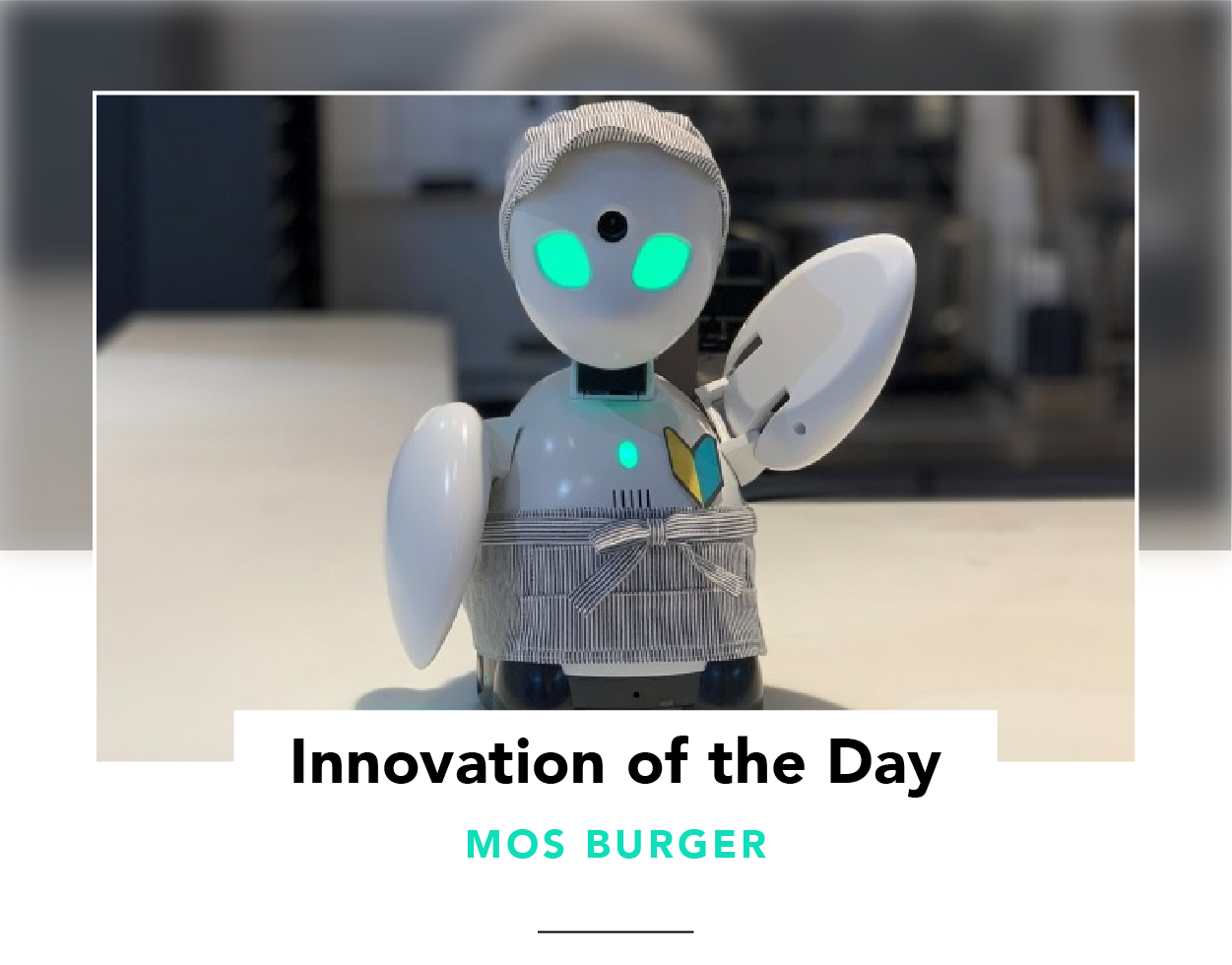 Japan-based burger chain Mos Burger announced it will begin testing remote-controlled robots – the OriHime robots – in its restaurants, which employees will operate from home. The initiative is designed to give workers with disabilities, COVID-19, child care issues, who are elderly, who are required to quarantine, or are otherwise unable to work outside the home an employment opportunity. Each robot is clad in a trainee uniform and equipped with a microphone and camera, so workers can personally serve customers and answer their questions about the menu. Mos Burger’s robot tests are set to run from July through August.

Many of the most interesting consumer-facing, automation innovations our team has tracked are springing up in Japan. This makes sense, seeing as these solutions compensate for Japan’s dwindling population (and, therefore, labor force); even with upcoming automation and labor force expansions, Japan is still likely to be facing a shortage of around 1.5 million workers by 2030.

Of course, automation is gaining prominence far beyond Japan. Now, due to the necessity of social distancing and tightened hygiene measures, an estimated 40% of companies globally are increasing their adoption of automation. Which, to put it bluntly, is freaking your customers out. Around 67% of US workers in the tech sector are worried about losing their jobs to an AI or robot, while 44% of non-tech workers feel the same.

Yet unlike most of the robots popping up in the workforce, Mos Burger’s robots aren’t designed to replace human jobs; instead, they open up jobs to those who wouldn’t be able to work otherwise. Will these robots become mainstream, and work in restaurants and stores and public spaces all over the world? That remains to be seen. But they present a model of the future that isn’t ‘one or the other’: robots vs. people. A future in which technology is a tool for inclusivity in the workforce.

One key to making automation work for your business and employees? Don’t make your automation autonomous. Ensure that your staff remains a central part of your operations equation!