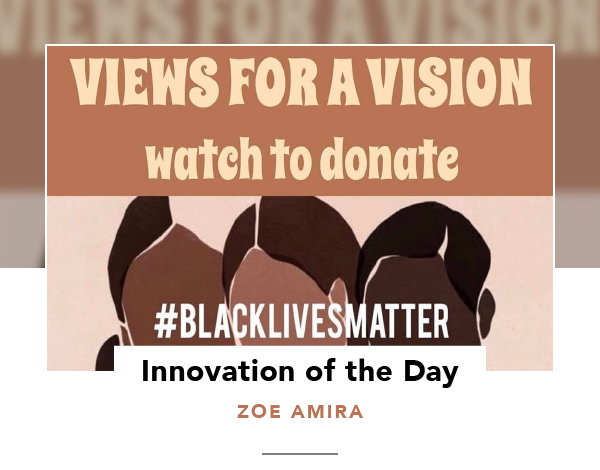 Over the past few weeks, YouTubers have been uploading monetized videos and donating ad revenue generated to organizations supporting the Black Lives Matter movement. Zoe Amira was one of the first YouTubers to do this, with “How to financially help BLM with NO MONEY/leaving your house”: an hour-long video highlighting Black visual artists and musicians. A week after the launch of the video, Amira shared that the video had been watched more than 7.5 million times and had raised more than USD 21,000. However, in a later update Amira revealed that the video fundraiser ‘was found to violate Google monetization guidelines’ and that she was ‘working with them to amend that so the video can return and stay up’. YouTube committed to making a donation, matching the amount raised for organizations of Amira’s choosing.

As George Floyd’s death served as a rallying cry to fight racism and oppression across the world, brands stepped up to offer their support to the cause. This Google Doc, compiled by Lexie Pérez, Julian Cole, Stephanie Vitacca and Davis Ballard, is a useful overview of those reactions, pledges and… yes, inactions. Black Lives Matter has been making headlines since 2014, but brands haven’t used the ensuing years to improve their responses.

But what’s different now? First: the level of support: according to data from Civiqs, over the last two weeks, support for Black Lives Matter increased by nearly as much as it had over the previous two years. Second: there’s the slow-burn disillusionment in established systems, as highlighted by the 2020 Edelman Trust Barometer – which, in January 2020 (not as long ago as it feels!), revealed 56% of global consumers believe that capitalism is now doing more harm than good in the world.

Many consumers want to move against the systems that uphold privileges and maintain the status quo, and – as the success of Amira’s video highlights – are willing to work the system to make that happen. Such behavior, often dismissed as ‘clicktivism’ or ‘slacktivism’, should mobilize you to ask: What are you doing to contribute to real change? How can you go beyond donations and promises and focus on boardroom diversity? Can you spotlight black-owned businesses, even (especially!) if those businesses are your competitors?