First published in February 2011 | As rapid urbanization is one of the biggest macro trends of our time, you can't go wrong innovating for existing and newly minted 'CITYSUMERS' around the world. Enjoy!

The future consumer arena is urban. 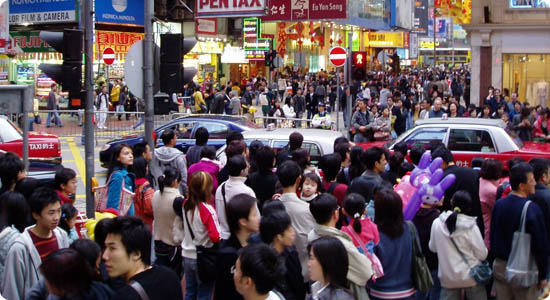 We flagged URBANOMICS as one of our 11 Crucial Consumer Trends for 2011, but given urbanization is one of the absolute 'mega macro' trends for the coming decade, here's a dedicated Trend Briefing focusing on just one of the implications of rampant urbanization: the rise of the CITYSUMER. A definition:

CITYSUMERS | The hundreds of millions (and growing!) of experienced and sophisticated urbanites*, from San Francisco to Shanghai to São Paulo, who are ever more demanding and more open-minded, but also more proud, more connected, more spontaneous and more try-out-prone, eagerly snapping up a whole host of new urban goods, services, experiences, campaigns and conversations.

* To be absolutely clear, in this briefing we focus on urban consumers who have some level of disposable income. We'll save a full briefing to examine BOTTOM OF THE URBAN PYRAMID consumption in emerging markets, which brings its own challenges (and often-overlooked opportunities) for businesses. Equally we're certainly not just referring here to the somewhat mythical (and certainly over-hyped) transnational elite – just how many “global nomads” are there? ;-)

Here are just three drivers behind the CITYSUMERS trend:

Serving these CITYSUMERS obviously requires brands to tailor products and campaigns to savvy urban audiences: for anything from practical reasons (offering appropriate shapes, sizes and features of urban goods and services) to showing the brand 'gets' it (addressing busy and diverse lifestyles) to contributing to the quest for social and environmental sustainability.

But first, a bit more detail on the growing urban consumption arena: 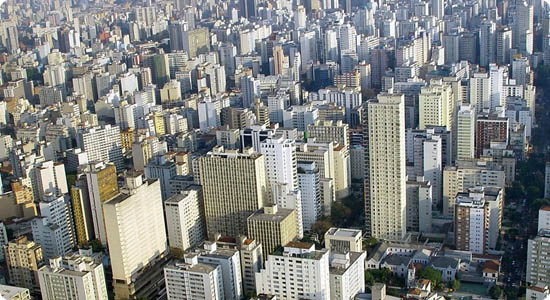 The big difference between tomorrow's urban world and today's? There will be more cities, some of which will be both newer and bigger than ever. So, while 'traditional' global powerhouses such as New York, London and Paris are already sharing the stage with Beijing, Mumbai and Istanbul, increasingly cities such as Belem, Chongqing and Guadalajara are ready to make their mark. More on this in 'URBAN MIGHT': 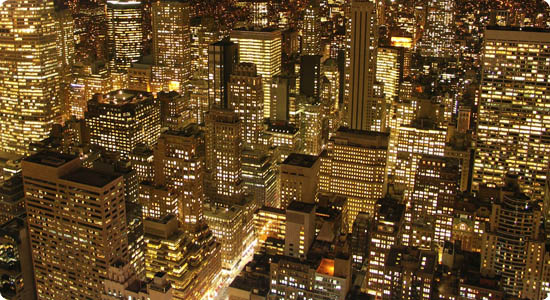 Just 100 cities account for 30% of the world's economy, and almost all its innovation. Many of these engines of globalization, their enduring vibrancy coming from money, knowledge, and stability, are world capitals that have evolved and adapted through decades if not centuries of dominance (Source: Foreign Policy, August 2010).

Rich in networks and opportunities, these vast hyper-productive, hyper-consumptive centers act as magnets, sucking in talent and spewing out innovation: Hong Kong receives more tourists annually than all of India. Tokyo and New York have an estimated GDP similar to those of Canada or Spain, while London's GDP is higher than that of Sweden or Switzerland. (Source: UN Habitat, 2010). Paris, Lisbon, Brussels, Budapest and Seoul all account for more than 25% of their respective national economies. (Source: UN Habitat, 2010).

In the coming decades, they will be joined by many new and/or bigger cities, and these cities will also be host to an increasing concentration of global and national wealth, talent and creativity:

The result? A global emerging middle class numbering some 2 billion, who currently spend USD 6.9 trillion a year. Over the next decade, this is forecast to increase to USD 20 trillion, double current US consumption. (Source: McKinsey, July 2010.) 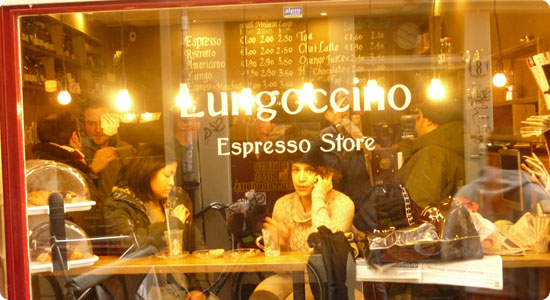 Back to CITYSUMERS. Consumption-wise, the fast pace and ever changing nature of urban life guarantees CITYSUMERS an endless number of new and fleeting social connections, experiences and (commercial) temptations. All of which means that CITYSUMERS are addicted to the here-and-now, experiences, choice and freedom, flexibility and rawness, unrestricted opportunity, and yes, the hunt for the Next Big Thing if not the Next Big Story. In fact, urban culture is the culture these days*.

Here are some quick indicators of urbanites' spending power and behavior:

* Not just because of mass urbanization, but also because widespread online access enables remote rural audiences to participate in urban culture.

MATURIALISM obviously comes into play here, too: Constantly exposed to a wide variety of alternative lifestyles and experiences, CITYSUMERS tend to be more open-minded. Just one telling nugget: In August 2010, a Voice of India poll showed that almost a third of Indians in Bangalore and Mumbai support same-sex partnerships, a figure that would have been unheard of only a few years ago**.

All of this means that a large URBANE audience is up for brands that challenge, thrill, titillate, or even shock (just as long as it's done in the best possible taste ;-). At the very least, brands need to show some personality, loosen up and embrace urban culture, in all its gritty glory. Risky? Yes. But not as risky as being bland.

** No, we're not suggesting that every CITYSUMER is enthusiastically and overwhelmingly liberal, but as we saw in MATURIALISM, the clear (if gradual) global social trends are towards more tolerant attitudes towards abortion, euthanasia, casual sex, homosexuality, drug use, women's rights, etc. More diverse living arrangements and the removal of many of the traditional social structures in cities is a big part of this.

Enough stats and theory: here are some examples of brands delighting CITYSUMERS around the world in innovative ways:

In thriving mega-cities, whose economic and cultural power already often surpass that of entire nations, CITYSUMERS' identities will often be closely tied to a city's culture, its brand, its heritage, its 'being'. This means that for brands, delivering city-specific products, services and communications that truly capture a city's character will be a great, human and fun way to pay respect to CITYSUMERS (especially if those brands are considered big, impersonal and 'corporate'). 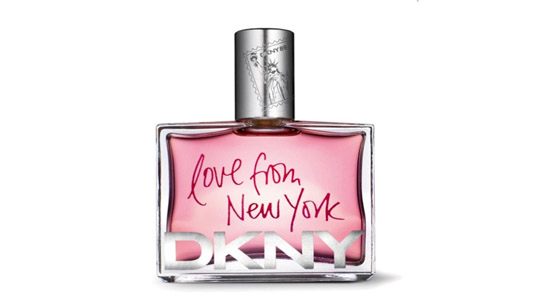 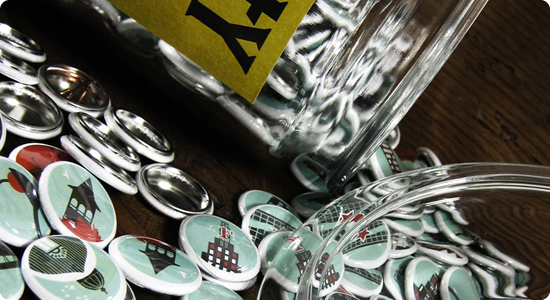 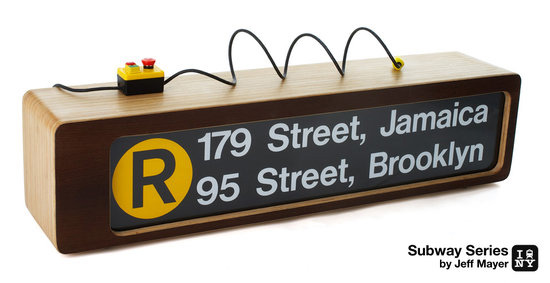 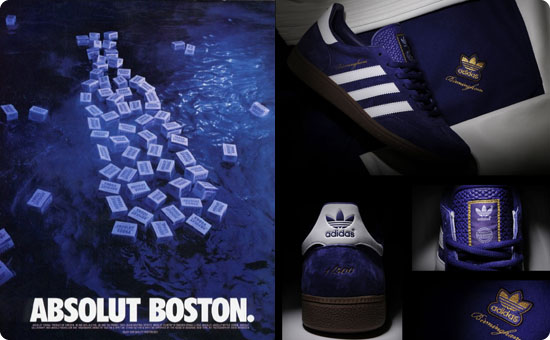 Related to limited (city) editions: With online access making everything available to consumers from Atlanta to Adelaide, impose an oft-forgotten scarcity through LIMITED LOCATION products. The upside? That scarcity will be reflected in CITYSUMERS' engagement, excitement and ultimately their willingness to pay premium prices ;) 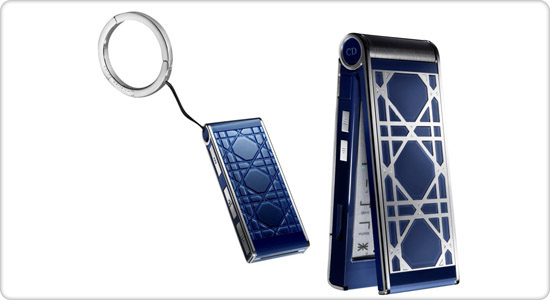 Or how about taking it right down to the neighborhood level? With mega-cities becoming ever bigger, intra-URBAN PRIDE offers the ultimate in extreme urban expression: 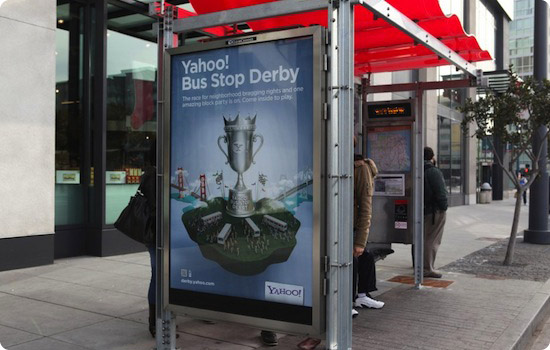 As we saw in our MASS MINGLING briefing, despite ever-increasing amounts of time spent online, audiences aren't retreating into virtual worlds. Au contraire, CITYSUMERS will forever enjoy connecting with other, real-life human beings, and embrace the choice, the excitement, the frenetic pace, the spontaneity, the chaotic vibrancy offered by urban life. In fact, 'online' (especially with smart phones being the new laptops) increasingly drives and enables offline encounters: 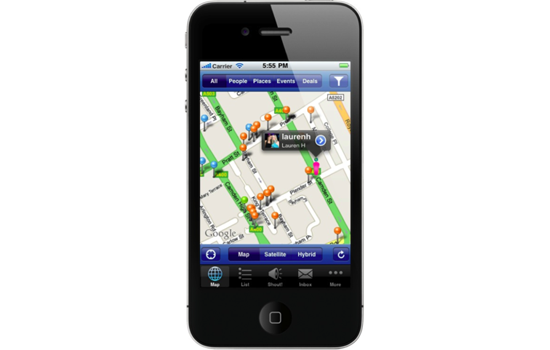 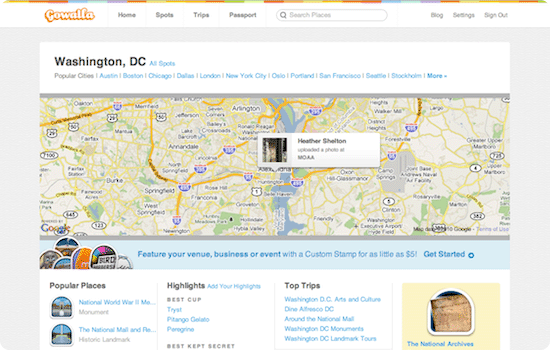 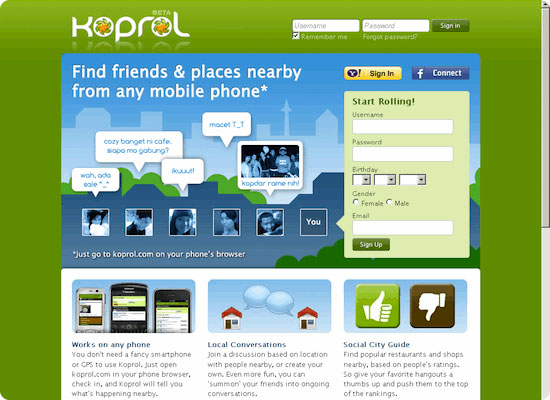 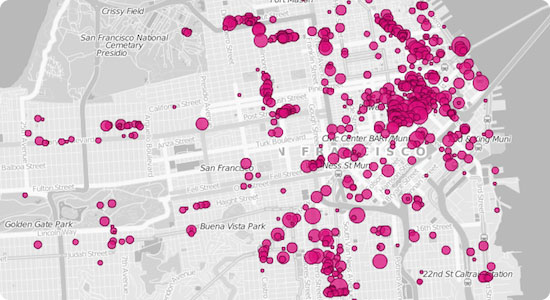 Surrounded by the urban panoply, many time-starved, choice-rich, smartphone clutching CITYSUMERS look to brands to bring them ever more varied and instantaneous experiences, especially if those experiences are fast-paced, transient interesting, physical, interactive etc. Some recent examples: 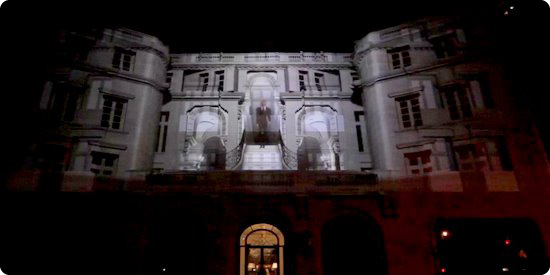 So, with URBANE audiences embracing products, services and experiences that are more daring, more mature, or just more relevant to urban culture, here are a couple of examples that PUSH THE URBAN ENVELOPE that bit further: 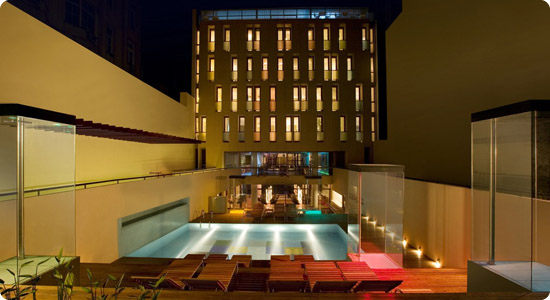 Cities are increasingly seen as a solution to the quest for environmental sustainability, with high density living promoting a more efficient distribution of resources (although not everyone agrees). 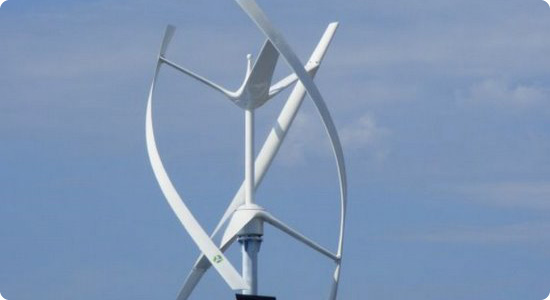 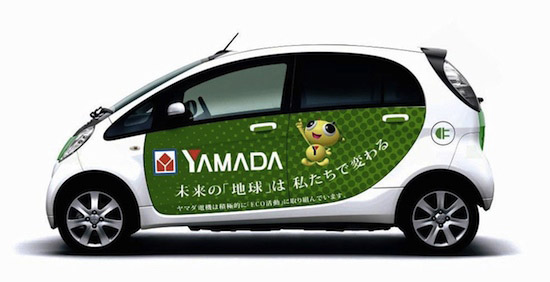 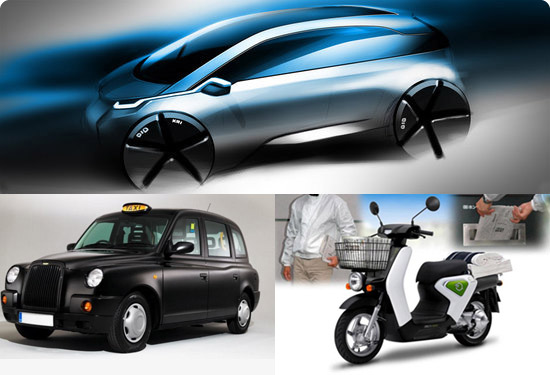 If 'mega-city' spells throngs, noise, cramped quarters, concrete and foul air, it also spells ESCAPE. Brands focusing on enabling CITYSUMERS to temporarily leave the city and enjoy some peace and quiet with nature and clean air thrown in, will come up with service innovations forever. Just one example:

For those CITYSUMERS unable to escape, how about bringing peace and quiet, greenery, and other rural qualities to the city? Here's one fun example:

Urban living, with its premium on space, means that for many CITYSUMERS, owning bulky, irregularly used items is inconvenient, if not unnecessary. Easier access to public services or even private objects is creating a culture where ownership is increasingly a choice to be considered. Furthermore, an OWNER-LESS model also allows CITYSUMERS not having to sink large parts of their budgets into a small number of high-price tickets, freeing up money to be spent on a multitude of experiences:

With the huge number of car and bike sharing schemes around the world, successful new entrants into this crowded space are likely to be supported by a big brand or local authorities, innovative, super-eco-friendly or indeed many (or even all) of these at once ;)

As the question of ‘TO BUY OR NOT TO BUY’ has spread to cities everywhere, we'll take a look at the rise of SHARECONOMICS in a future briefing.

CITYSUMERS is the trend that keeps on giving for any business professional obsessed with fun/practical/meaningful innovation. You will undoubtedly have noticed that many innovations covered in previous briefings can be applied to create products, services, experiences or campaigns that are tailored to the very specific (and often more refined, more experienced, more demanding) needs of urbanites worldwide.

So here's one last round of examples, representing CITYSUMER-compatible trends like NOWISM, PLANNED SPONTANEITY, BRAND BUTLERS, and RANDOM ACTS OF KINDNESS: 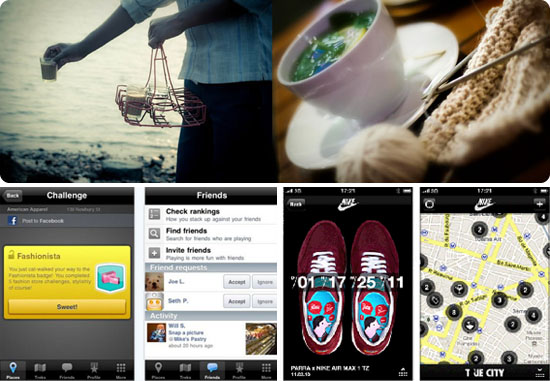 We've had to struggle to stop this Trend Briefing from becoming a book, and yet we're just scratching a single surface of the multi-faceted phenomenon of urbanization here.

For much more beyond the consumer angle, and to better understand the political, economic, industrial, ecological and even psychological implication of the future global urban landscape, check out the UN Habitat's State of the World's Cities 2011 report, Foreign Policy's Global Cities issue, McKinsey's What Matters: Cities or World Policy Journal's Megalopolis: The City of the 21st Century issue.

And while you're immersing yourself in an urban future, start adding a city-angle to your strategies, your innovations, your partnerships, your campaigns. Does your brand have a New York specific strategy yet? London? Singapore? Sao Paulo? Shenzhen? Amsterdam? Cape Town? Taipei? Toronto? Istanbul?

We'll take another look at the endless opportunities that this trend is unleashing later this year, so make sure you've subscribed to our free Trend Briefings. Enjoy!