June - July 2010 | Long gone are the days when 'online' was synonymous with social isolation and loneliness. In fact, we're now witnessing the exact opposite: technology is driving people to connect and meet up en masse with others, in the 'real world'. It makes for an interesting, easily-digested trend, begging to be turned into new services for your customers. 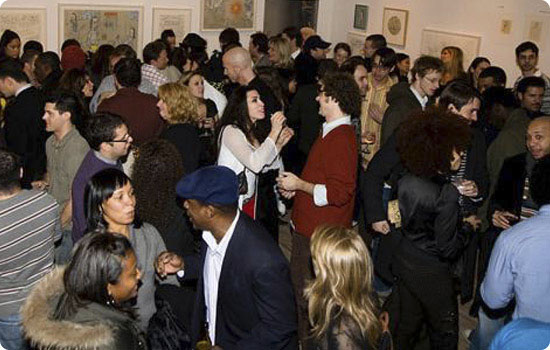 Earlier this year, we touched upon the MASS MINGLING trend in our ‘10 trends for 2010’ briefing, but this phenomenon now warrants its own, full briefing:

As predicted by digital gurus more than a decade ago, hundreds of millions of people are now living large parts of their lives online (and lovin’ it!). However, this has not turned entire generations into homebound, anti-social zombies (another popular forecast). Au contraire: social media and mobile communications are fueling a MASS MINGLING that defies every cliché about diminished human interaction in our ‘online era’.

So (for now), forget a future in which the majority of consumers lose themselves in virtual worlds, with cities dying and kids never seeing the light of day; expect people to mingle and meet up like there’s no tomorrow. A definition:

MASS MINGLING | Thanks to the online revolution, hundreds of millions are now actively searching for, finding, connecting/signaling, and staying in touch with likeminded souls in the virtual world. Constant updates, GPS and mobile online access is now bringing this explosion of dating, networking, socializing and mingling to the real world domain.

Here’s what driving this trend, in more detail:

MASS MINGLING follows the pattern of any consumer trend, whereby an existing human need is unlocked in a new way. In this case, interacting with other people - a fundamental need (which goes beyond simply enjoying one another's company, or being emotionally dependent on other people) - has become easier thanks to new technology.

So, no surprise here that hundreds of millions of people are now adding and tending to personal profiles (listing likes and dislikes, interests, preferences, physical assets, and opinions), making it easier than ever before to ‘discover', or stay in touch with, likeminded others*.
Think friends and family, colleagues, romantic interests, and those sharing similar hobbies, interests, political preferences, grievances or causes. And all this 'befriending' takes place in unprecedented quantities: never before were people able to build and maintain such extensive and relevant personal networks.

* Hundreds of millions of personal pages, feeds, status updates, tweets, profiles, blogs—courtesy of the Facebooks, the Twitters, the LinkedIns—are building an eternally up-to-date encyclopedia of individuals. Some thoughts on how this will lead to 'forever connected' amongst younger generations, from our fave media guru Jeff Jarvis:

“Thanks to our connection machine, they [young people] will stay linked, likely for the rest of their lives. With their blogs, MySpace pages, Flickr photos, YouTube videos, Seesmic conversations, Twitter feeds, and all the means for sharing their lives yet to be invented, they will leave lifelong Google tracks that will make it easier to find them." 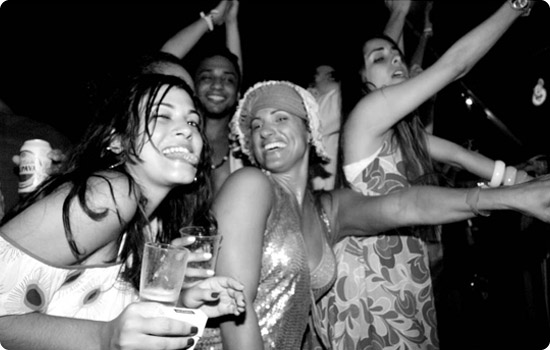 While the rise of the online world remains one of the premier (consumer) stories of our time, URBANY and the EXPERIENCE ECONOMY /LIVING THE LIVE, with their decidedly 'offline' overtones, are enormously impactful too. 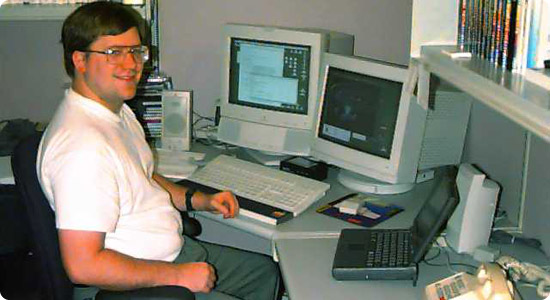 The mobile web has eradicated any wired person's dilemma whether to be offline in the real world, or being online but stuck in one location (in a room, or worse, in a basement). Offline is now online, and online is offline. More on that below ('An info-layer on top of daily life'). 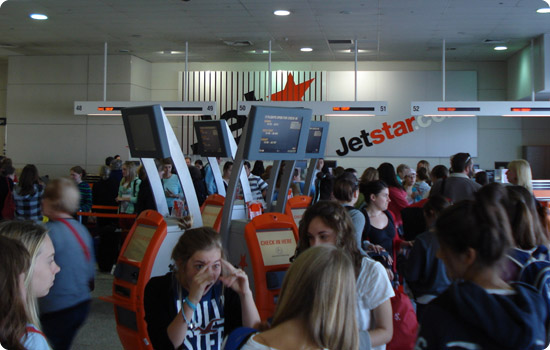 A quick side-step: Traveling (and thus meeting up) has of course become easier, cheaper and yet more sophisticated on a global scale. Forget recessions, strikes and Icelandic volcanoes: the NO-FRILLS CHIC travel-eco-system now includes low cost airlines from the Middle East to Asia, and funky Yotel/CitizenM style hotels from Taipei to Toronto. Making it possible to go anywhere and meet anyone, at low costs, without having to sacrifice too much comfort. 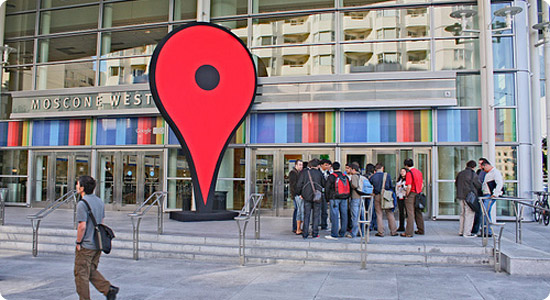 Back to the beginning of this Trend Briefing: MASS MINGLING is happening because people can. There's now an all-encompassing information layer* on top of real-world daily life, that (especially when mobile and location-based), turns 'connecting' into 24/7 and 'on the go', further blurring the boundaries between online and offline.

This layer has created a space in which following, finding, tracking, connecting to, and ultimately (spontaneously) meeting up in the real world with interesting known and unknown people will be easy, automatic, instinctive, convenient, and even natural. And thus, for many, connecting to 'strangers' is rapidly becoming second nature.

For a glimpse of things to come, dive into location-based 'meet-up' services like Foursquare (now doing 700,000 check-ins per day), Gowalla, Google Latitude and Loopt.

By the way, the first official Foursquare Day took place this April. News of the event spread by word of mouth, leading many users to organize parties and gatherings celebrating the social network.

* Let's not forget that this emerging layer also taps into a vast reservoir of local knowledge and content that has been growing online for years. This incredible info-infrastructure further helps (if not encourages) MASS-MINGLING prone consumers to select venues and activities (based on profiles, preferences, reviews etc.) before venturing out.

As always, a number of examples, though there are so many, that this is really just a snapshot. We assume that virtually all of you have been taking part in this trend for ages anyway, so let's focus on anything that may help you hone your MASS MINGLING offerings: 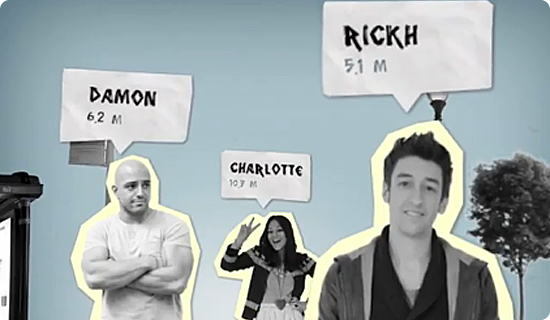 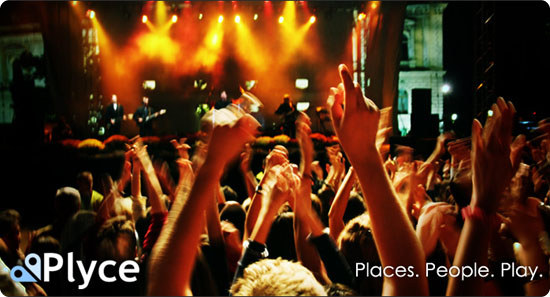 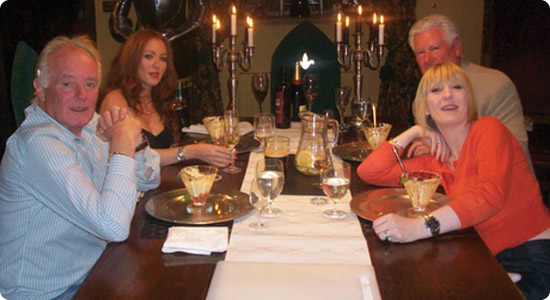 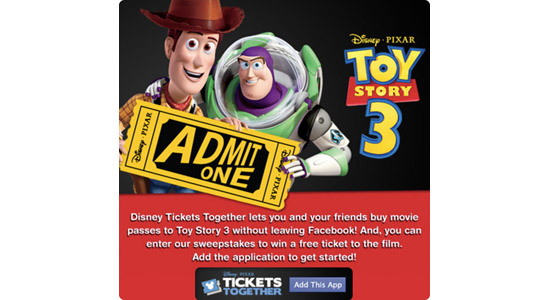 Again, this is just the tip of the iceberg. Time to get going! 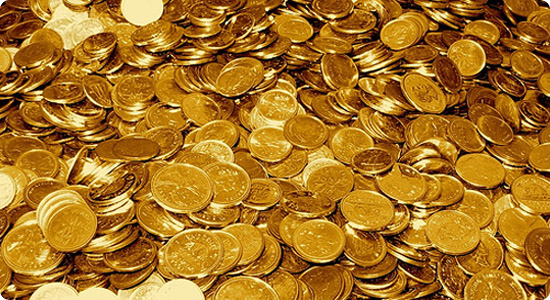 Expect the MASS MINGLING trend to be giving for a long time. While all of the above will go mainstream in the years to come, keep a (short-term) eye out for impromptu meet-ups of strangers, mobs and crowds with similar causes. Many of these  meet-ups will revolve around generating public attention, or getting something done.

Also (and rather amusingly), expect the new lament from sociologists and philosophers to be about the loss of solitude, due to 24/7 connecting activities (after having fretted over social isolation for years ;-)

Long term, younger generations will be at ease with meeting likeminded souls they’ve met ‘virtually': it's a change in attitude that will fuel MASS MINGLING even more.

On the tech side of things, expect the triumphant rise of all things mobile to continue: iPhones, Android, Apps, iPads, 3G, 3.5G, 4G, Wifi everywhere, clouds, GPS (and Galileo, Compass and Glonass)– the list goes on! Which is yet another push for MASS MINGLING on steroids.

For business, the opportunities are plentiful: Anyone involved with anything that helps people getting and staying in touch, that gets people from A-Z, or that accommodates those people before, during or after meet-ups with others, should find it easy to dream up services and products that further facilitate one-off or recurring MASS MINGLING of your customers if not your brand fans.

At the same time, purely 'online' brands will have to further embrace the real world, by building a temporary or permanent real-world, physical presence. In the end, every business wants to be where its customers (physically) are. Of course, our recent Trend Briefing on BRAND BUTLERS comes to mind, too.

Oh, and what's trendwatching.com itself doing, mingling-wise? Well, while we're doing plenty of unofficial mingling, we will initiate a number of more structured MASS MINGLING events for dedicated readers, Seth Godin style. We'll announce these meet-ups in the next few months, so make sure you are subscribed to our Trend Briefings.

Until then, make the most of the convergence of offline and online!