Life in the combined digital/physical space brings particular challenges. Yes, that’s a global phenomenon. But it’s playing out in its own way in Latin America.

Three directions for ONLIFE MANAGEMENT in 2014 and beyond.

Consumers don’t want to disconnect from their tech superpowers. They just want balance.

From data privacy to kidnapping risk, security is a key concern.

The region is evolving its own answers to the problems of online manners.

Wifi connections are (almost) everywhere along with ever-faster broadband – but it’s mobile that turbocharged the region’s 24-hour HYPERCONNECTIVITY.

No wonder more Latin American consumers are embracing tools and services that help them manage connection time against other lifestyle demands.

Launched by Brazil-based lager brand Polar, the Anulador De Celular (‘Cellphone Avoider’) is a beer cooler designed to block cellphone signals, including 3G, 4G and wifi connections. The special coolers were installed in selected bars across Brazil during August 2013, with the aim of encouraging customers to put their cellphones away and chat to friends.

In November 2013, WOK, an Asian restaurant group in Colombia, launched La Mejor Conversación (‘The Best Conversation’) campaign. Restaurants set out placemats which encouraged patrons to place their smartphones on the table, have face-to-face conversations, and enjoy the food with all five senses.

In February 2014, Chilean wine brand Castillo de Molina ran a campaign in Mexico, where diners at participating restaurants were encouraged to leave their smartphones in lockers before they were seated. The Cell Parking campaign (which first ran in Chile in 2013) found 80% of guests agreed to ‘park’ their phones. Those who did received a free bottle of wine.

In July 2013, Macanudo Bar Hostel in Cordoba, Argentina, added glass jars to its tables specifically for diners’ smartphones. The jar labels explain they are to prevent ‘phubbing’ (snubbing a companion in favor of a phone), and the guests who use them are eligible for discounts and rewards.

In May 2013, the São Paulo-based tapas bar ¡Venga! changed all of its wifi routers to spell out messages to diners. The establishment was frustrated with guests whose first question was always “What is the wifi password?”. It renamed its routers, so that when a guest tried to join the wifi network a sentence such as “Enjoy the moment!” or “Leave the phone behind!” would appear on their device.

Latin American consumers have data privacy concerns of their own. And then there's kidnapping...

While concern about the dissemination of data to brands, hackers and governments is global, for some South and Central Americans still haunted by memories of authoritarian governments spying on their own citizens, concerns around data security and privacy are particularly acute.

The proportion of residents in São Paulo who aren’t confident in the security of their personal data jumped from 49% to 72% between 2012 and 2013.
(Fecomercio, August 2013)

Secondly, many consumers are aware of the role that the online space can play in other dangers heightened in the region. One example? The threat of gangs identifying kidnapping targets by scouring photos of children posted on public networks.

Now, Latin Americans want protection: from advertisers stealing their data, from government snooping, and from criminals. 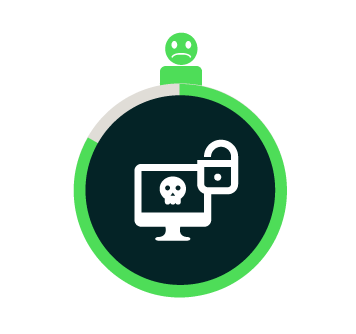 By 2012, 83% of adults in Mexico reported to have been victims of cybercrime.

Brazilian government approves a civil rights framework for the internet

In April 2014, the Brazilian government approved Marco Civil da Internet, a groundbreaking civil rights framework for the internet. Created by the Ministry of Justice and the Center for Technology & Society at the Fundação Getulio Vargas Law School, it defines parameters about the right to internet access, privacy protection, open government and net neutrality. It also declares that the government is responsible for educating and training citizens to boost digital literacy and inclusion.

Launched in July 2013, Facepopular is an anti-establishment social network for Latin Americans, sponsored by Argentina’s Ministry of Culture. The left-wing platform encourages members to participate constructively, though it does not condone coups or illegal protests. Facepopular protects user privacy, features no advertising, and stresses that no information is shared with media conglomerates or foreign corporations.

Google Latin America, RedNATIC & Save the Children: TODO A 1 CLIC

In May 2014, Google Latin America, the nonprofit network RedNATIC, and Save the Children launched TODO A 1 CLIC, a campaign to educate South and Central American teenagers about the risks of information and communications technology. Forums are being hosted with youths across the region, and an animation distributed where young people are shown making some common mistakes, such as publicly posting photos, partaking in cyber-bullying, or leaving computers unattended.

84% of Latin American teenagers recognize they know very little about their rights and responsibilities in the safe use of information and communication technology.

The do's and dont's of ONLIFE.

‘Netiquette’ may be a 90s buzzword, but hyperconnectivity and a host of new platforms mean new etiquette questions (with region-specific answers):

“Should my kids turn off their phones at dinner?”

“Can I take a selfie in the restroom?”

And now, there are legal questions to consider (see Brazil’s Marco Civil da Internet above).

No wonder South and Central American consumers are looking to brands to help them navigate the minefield that is online manners.

Peixe Morre Pela Boca is an interactive website that teaches good behavior on social networks. Visitors use their cursor to ‘hook’ a fish as it swims past. Once a fish is caught, the player is shown a message such as: “Sharing is not thinking” or “More portraits, less selfies”. The site was set up with the mission of encouraging users to think more about what they post online.

In March 2014, American School Way, an English School in Bogotá, ran a campaign to promote a Facebook game for free tickets to Estéreo Picnic music festival that said, “We’re tired of contests for likes”. Rather than simply ‘liking’ a post to win, fans had to prove themselves by playing a game that tested their music knowledge.

To promote its 4G LTE service, Colombian telecom provider UNE distributed devices to street vendors so that they could provide free internet access to pedestrians. The brand acknowledged that this would provide a better alternative for consumers, who otherwise would sit in a restaurant or bar (that had wifi) without ordering food or drinks.

In January 2014, Brazilian soda brand Guaraná Antarctica launched The Post Brothers: a Facebook app that allows users to privately check if their friends think a video they want to share is cool enough to post publicly on the social network. Via the app, users can share the content with three friends who can give feedback and offer their opinion on how it will be received.

So where is the rising demand for ONLIFE MANAGEMENT pushing consumers, and how should brands respond?

Consumers will embrace devices and social networks that have (optional) behavior management built in.
From smart homes (gardens, cars and offices) to wearables, the possibilities for seamless etiquette prompts, and nudges from new technology platforms are endless.

Consumers will increasingly want to manage their behavior online and on public (or semi-public) social networks, but what about truly private spaces online? Could the freedom allowed by ephemeral messaging apps be taken further? And what happens to digital anonymity as the boundaries between online and offline become ever more porous?

There is plenty of room for brands to make parents' lives easier – and less nerve-wracking – through campaigns or games that teach safe, secure and responsible online behavior.

Our Premium Service will help you get ahead in 2016.