Log in
Edelman on populism and plummeting trust in 2017

“Business can either take the trust it has left and use to help make people feel better about the future, or it can do nothing and become the next domino to fall.”

Our Truthful Consumerism Briefing opens with some hard-hitting numbers on global trust, taken from the 2017 Edelman Trust Barometer.

We caught up with David Bersoff, SVP Thought Leadership Research at Edelman – who leads the team that produced the report – and Mark Renshaw, Global Head of Brand Practice, to talk populism, the role for business in 2017, and the advice they’re giving clients.

Just in case there’s anyone out there who doesn’t know it, can you introduce the Edelman Trust Barometer?

DB: The Trust Barometer is an annual study that tracks global trust in basic societal institutions: business, media, government and NGOs. The primary purpose is to look at how those institutions are doing when it comes to instilling trust in the public. And then to look at issues relating to trust to get some context.

For the past few years we’ve seen trust levels falling and other troubling indicators, such as a growing trust gap between the informed public and the mass population. So this year our question became: are these findings linked to the rise of populist movements around the world? To answer that we wanted this year to drill down deeper into ‘belief in the system’. That is: do people still believe that the systems that constitute our societies are working?

And the results were arresting. First off, trust in all four major institutions was down to new lows.

It was pretty startling to me personally. There was a greater depth of feeling out there than I expected.

We spoke to 32,000 people around the world and not only was trust down across the board, but over half of people think the system is failing. Only 15% of people globally had faith in the system and its key institutions. 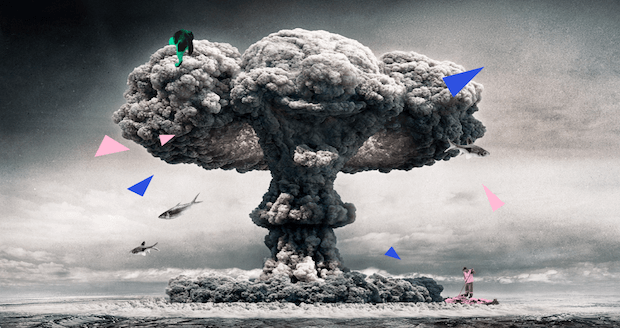 So how would you summarize the top line findings on the link between falling trust and the rise of new populisms around the world?

I think they key finding here is that loss of belief in the system is acting to sharpen the societal fears that people feel in a way that gives populists a boost.

Where we really see populism take hold is in places where loss of belief in the system is accompanied by societal fears such as globalization, immigration, corruption and so on. Those fears in themselves are manageable if people feel that the system is going to take care of them. But when they lack that faith, that’s when populists can establish a powerful narrative: ‘globalisation is taking your future and immigrants are taking your jobs and only I can put a stop to it.’ That enables a populist to develop a coalition of the fearful.

The pollsters completely failed to see Brexit and Trump coming. Maybe they should have paid more attention to the Trust Barometer…

There were definitely hints in our results across the last few years that conditions were ripe for these kind of events.

Okay so the big question: how should businesses respond in this environment? What are you telling your clients?

Well, the top line is that this a pivotal moment for business. On the one hand, our results show that business is in a much stronger position to take a leadership role on all this than government or media. For the latter two, trust has fallen way below 50%. For business it was at 52%. So by a slim margin, business still has majority trust.

But on the other hand, business is not above the fray. It is still seeing trust decline year-on-year. So right now business can either take the trust it has left and use to help make people feel better about the future, or it can do nothing and become the next domino to fall.

Wow, powerful. But what does, ‘helping people feel better about the future’ look like?

Our feeling, and this dovetails to some extent with your report, is that business needs to acknowledge the role it has played in fermenting some of these concerns.

The business world has been obsessed with innovation and has tended to focus on the positive side of all these wonderful new tools and all this progress. What it’s done less of is address the very real downsides for some people. Job loss from automation. People who feel left behind by change. Values that shift faster than people can keep up. Business needs to do a better job of addressing these concerns, and helping people cope with them.

That could mean working with government to make sure there are policies in place to protect people from the challenges of modernity. It definitely means doing things with people rather than for them, because people now trust each other far more than they do either government or business.

And at the most simple level it could mean find new ways to make the case for globalization and new technologies and so on. Right now when we hear about globalization it’s pretty much all negative. No one is helping people understand the positives. But business needs to get much more involved in all this.

So who is doing this well? Mark, you work directly with clients – I think you’re well placed to comment here.

MR: The honest answer is I don’t think anyone is doing a great job yet. It’s very hard when you have a large organization and there are so many forces and issues being thrown at you. Brands traditionally have been very one-dimensional: ‘this is our brand value’, and often that’s been around product quality or prices. But now there are entirely new dimensions, around ‘this is how our brand makes the world progress’.

What about the brands taking a clear stand on, for example, Trump? We saw a few examples of that during the Super Bowl, with ads from Airbnb, Budweiser, and 84 Lumber. Do you think those kinds of ads, pushing a very progressive message, are a good play? What about all customers who don’t agree?

I don’t think many marketers running these kinds of campaigns have a strong strategic rationale behind what they’re doing. They don’t necessarily have the economics worked out: are we going to win more customers than we lose? They just know that by taking a stand on a big issue they can generate some interest.

DB: We’re currently running a study on the impact of these kinds of campaigns that take a stand on a social issue. So we’ll have some hard data on that soon!

Our view would be that while they may face some criticism short-term, they’ll benefit long-term because these big, essentially progressive forces are still shaping our future.

MR: But the main thing I’d say to clients is to make sure you have everything lined up internally before you take that kind of stand. It all very well taking a stand on these issues but if marketing is sending a message that doesn’t in the end align with the deep brand values then the message won’t last and the impact won’t be great in the end.

Look at the Unilever handwashing campaign example you give in the report: there you have a CEO and a huge amount of resources that are totally behind the message. That’s when it works. The key message for clients is brands need to do more before they say more!

That sounds a great note to end on. Thanks, and let us know when that data comes through!

The future of consumerism and brand strategy in a world of populism, polarization and post-truth!

In an insight-filled 45 minutes, David Mattin dissects the five key forces that are acting as a counterpoint to a new age of populism, polarization and post-t…