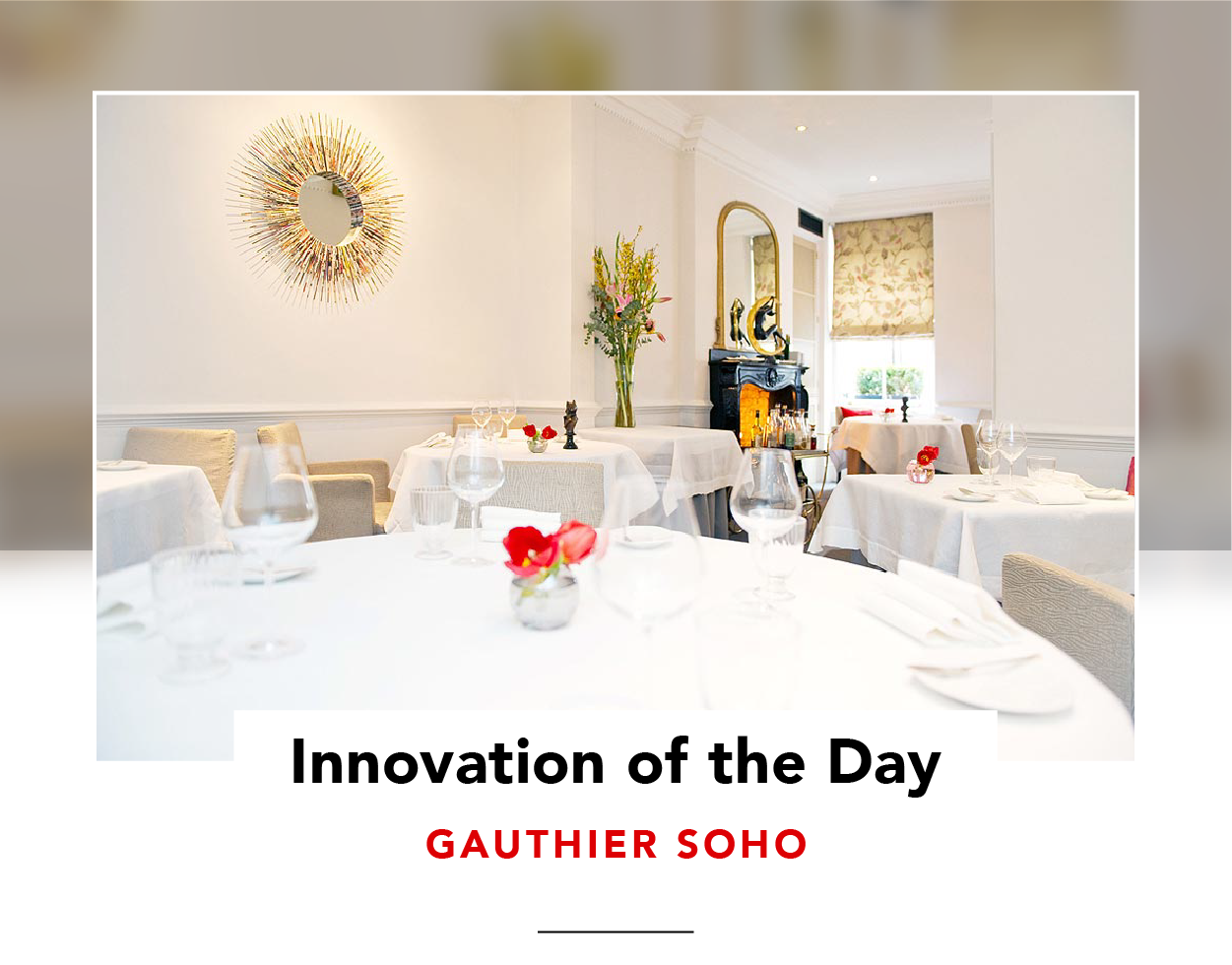 On reopening after lockdown, Michelin-star chef's restaurant will be 100% vegan

Back in 2018, chef Alexis Gauthier predicted that his London restaurant would be fully vegan within two years. The pandemic may have interfered with his exact timing, but when Gauthier Soho reopens in June, it will no longer use any animal products.

Having personally switched to a vegan diet five years ago for health and moral reasons, Gauthier had already started pushing the restaurant in a plant-based direction — serving a much-lauded vegan tasting menu and creating a vegan foie gras, or faux gras. And until Gauthier Soho's guests return to fine dining, the chef will be running 123 Vegan, a cafeteria at Mayfair department store Fenwick.

123 Vegan launched two weeks ago and serves a more casual menu, including Beyond Meat burgers. As Gauthier stated in an interview with Big Hospitality, "For people to embrace plant-based, we need to cover all levels of cuisine."

Uptake of plant-based and plant-forward diets continues to accelerate. New vegan products appear on our radar all day, every day, and restaurants around the world are adding plant-based options as consumer demand grows. So Gauthier's move is timely. It also underscores that — with much of our world now framed as before and after COVID-19 — any post-pandemic reopening is an opportunity to rethink your business.

Related: ONA becomes the first vegan restaurant in France to get a Michelin star.