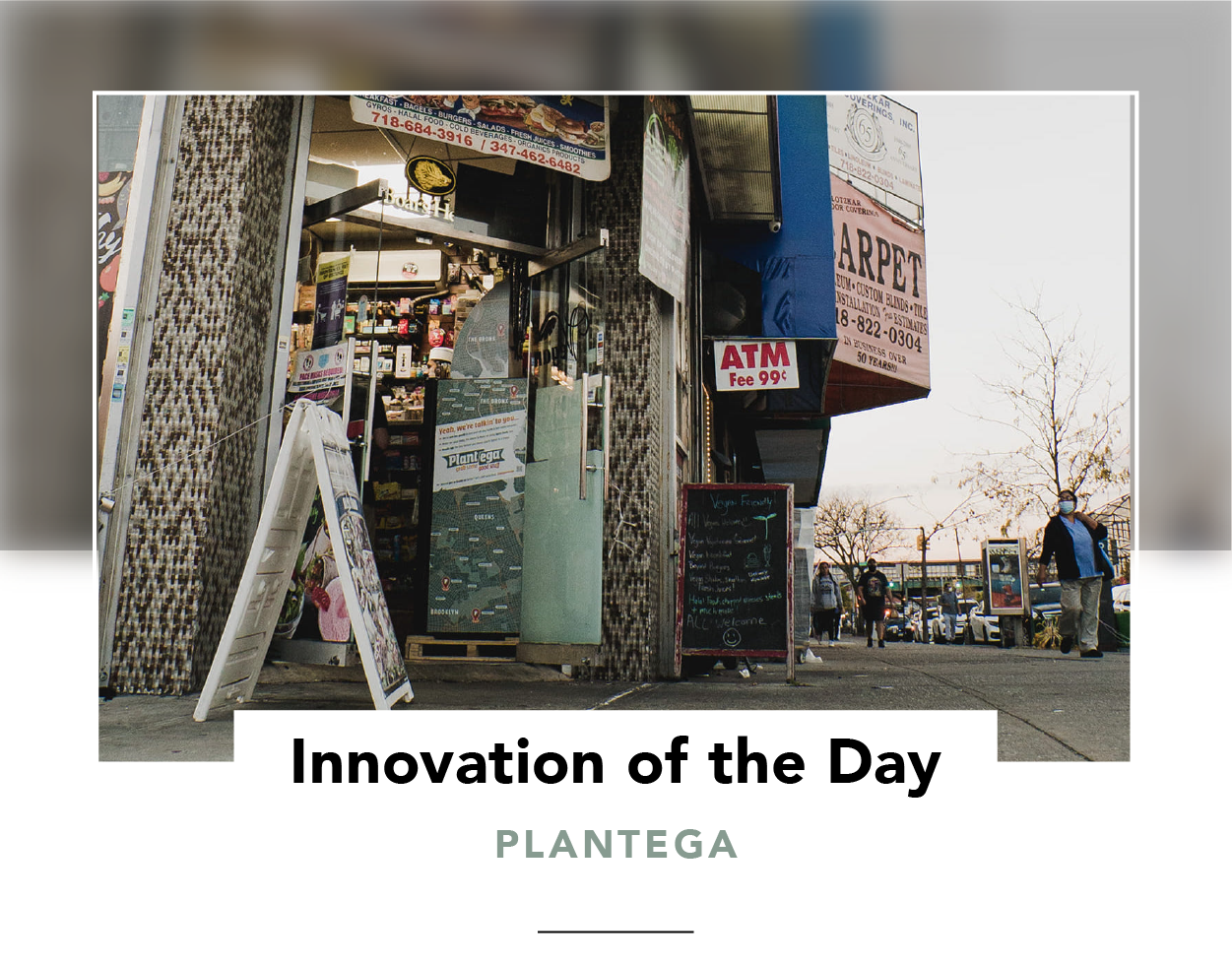 Launched a few weeks ago in New York, Plantega installs fridges full of vegan food in bodegas. The company's aim is to ensure that products by leading plant-based brands are both affordable and accessible to everyone, regardless of their zip code.

Each cooler features 30 different plant-based items from companies like Eat Just, nutpods, Follow Your Heart, Good Catch and Miyoko's Creamery, and they're currently installed at three bodegas in Brooklyn and the Bronx. Two of the stores also stock vegan cheese and cold cuts in their deli counters to offer customers freshly-made sandwiches.

The concept is a purpose trifecta: fighting climate change by promoting lower-carbon proteins, creating food justice in neighborhoods with less access to vegan fare, and preventing harm to animals by encouraging people to try tasty alternatives. A fourth benefit is for the bodegas themselves: with minimal effort, these often minority-owned small businesses can attract the growing number of consumers choosing a plant-based diet, and get a feel for the opportunities this burgeoning market has to offer.

One to bring to corner shops, konbini or Spätkaufs near you? (P.S. Plantega's backstory is one of entrepreneurial resilience in 2020, and worth a read.)