From Singapore to Sao Paulo (via Amsterdam), TrendWatching team members scattered across the globe share the 2021 Pride campaigns worth bookmarking.

We’ve seen enough cringe-inducing Pride campaigns to know that getting it just right is no easy feat. As Pride month draws to a close, we asked TrendWatching team members in Amsterdam, London, Sao Paulo and Singapore to share a standout campaign from 2021’s bumper crop. 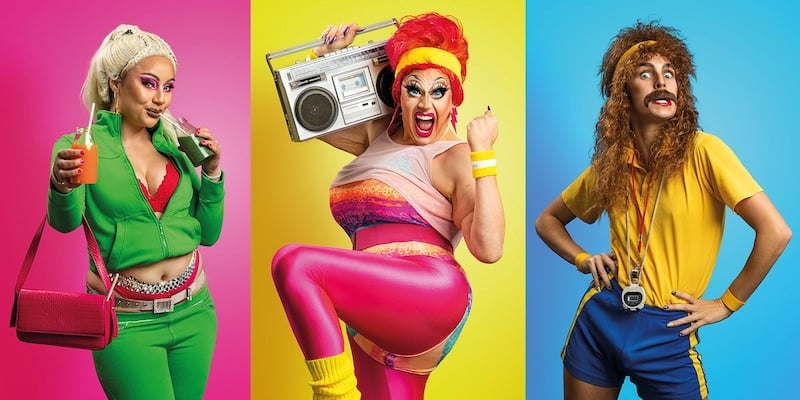 By Robbie Hodges in London

That’s glowy, exercise-extracted perspiration (not post-Pride hangover sweats), by the way. LGBTQ+ people are more prone to mental illness – a fact that the New Zealand Aids Foundation sought both to highlight and mitigate by inviting people to partake in mood-enhancing virtual workouts every day of June. The campaign seized the popularity of online challenges and post-pandemic consumers’ concerns around health and fitness to produce a campaign which both boosted participants' personal wellbeing and raised over NZD 275,000. Job well done. 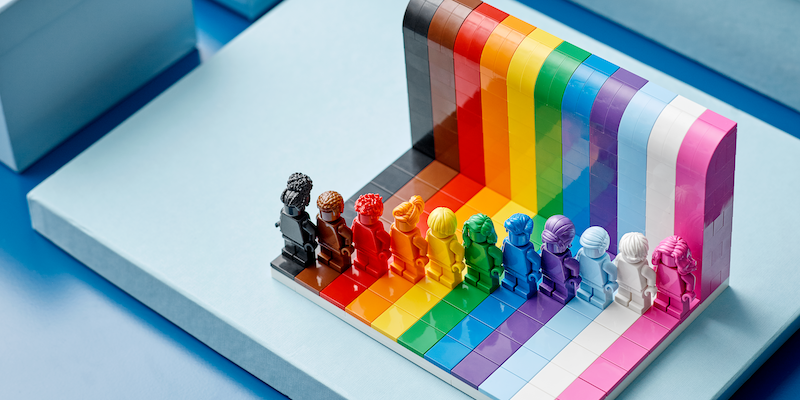 By Victoria Chapman in Amsterdam

An affirming home is reportedly the most important factor in overcoming LGBTQ+ challenges, and yet it’s the least common place youth find safety. This 346 piece set by LEGO plans to foster good environments, but avoids negative ones too by boycotting countries where LGBTQ+ people face institutionalized violence. Few Pride campaigns directly target kids, and yet, the long-term mental and physical health effects of a hostile upbringing are well documented. As kink at Pride discourse heats up, brands that keep youth front-of-mind will earn kudos from well-meaning parents. 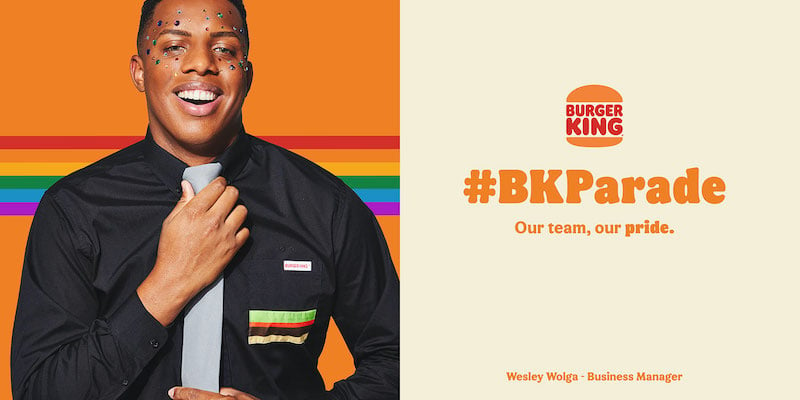 By Yure Reis in Sao Paulo

Fearing retaliation, many LGBT employees around the world choose not to reveal their sexual orientation in their workplace. Burger King is no such company. To honor its 2,700+ employees that identify as LGBTQ+, Burger King Brazil launched a campaign that makes its employees the protagonists in the struggle for diversity. Its website doesn’t just include a rotating gallery of BK employees (along with their testimonials on working at the company), but a free, downloadable booklet with a nifty glossary of queer terminology and tips on broaching sexuality with kids.

By Liang Qian Hong in Singapore

Campaigns that marry social and environmental action win top marks. Coca-Cola China’s latest initiative, in partnership with the eyewear brand Bolon, saw the company create 517 pairs of not-for-sale rainbow-coloured sunglasses – each made from recycled drinks bottles. To be in with a chance of winning a pair, Weibo netizens were invited to share the hashtag "不怕不同看见彩虹" (don't be afraid of difference, see the rainbow). The campaign hashtag has since received close to 17.4 million views and 21,000 comments. 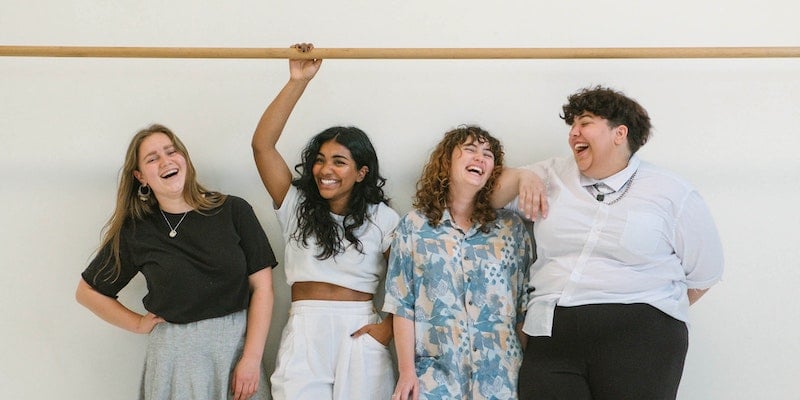 By Lucy Goodman in Amsterdam

Pride isn’t just about the campaigns we put out into the world, it’s also about fostering inclusivity in our workspaces and community. Launching Summer 2021, the Minnesota-based non-profit QUEERSPACE Collective is starting its mentorship program: a ‘youth-centric intergenerational mentorship program creating safe, inclusive spaces for LGBTQ+ youth and LGBTQ+ adults to connect as their authentic selves.’ By working with LGBTQ+ mentors, the group ensures that this impacts the community long after Pride month finishes, which benefits us all. Can this challenge you to create something in your community or workspace to champion real inclusivity?

Liked this? Subscribe to our newsletter, TW Weekly, to have insights sent straight to your inbox!