An open source bicycle for anyone to build out of plywood

One of the pandemic's silver linings was a surge in people taking up cycling, whether to avoid public transport or inject exercise into their homebound lives. At times, retailers struggled to keep up with demand, leaving some would-be cyclists out of luck.

Turns out consumers can build their own two-wheelers instead, using a free set of design files provided by OpenBike. Spanish architecture studio Arquimaña has been working on OpenBike since 2015, and its latest version — Rev4 — is now on display at the Venice Biennale of Architecture.

To create an OpenBike, users download manufacturing files and bring them to a local fab lab or other maker space to get a sheet of plywood cut into the bike frame's parts. Next, they assemble those pieces and add a few widely available bicycle parts, which can be purchased new or — even better — rescued from an old bike. 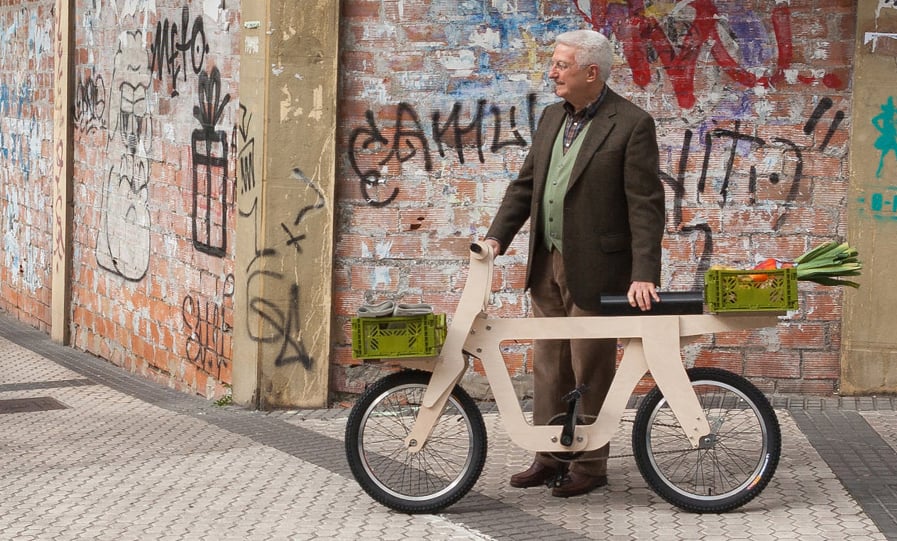 OpenBike connects a variety of forward-thinking movements — from emission-free transportation and fewer cars on streets, to local manufacturing, open design and maker culture. So it's no surprise that its creators are as interested in citizens reclaiming cities as they are in getting people to build bicycles.

Are the resulting bikes a match for ones manufactured in faraway factories? Maybe not when it comes to weight and speed. But given the power of the IKEA effect, whereby people place an outsized value on products they assemble themselves, OpenBike owners will no doubt be inordinately attached to their own, locally-made ride.

With supply chains still in disarray for all kinds of products, how can your brand help consumers tap into that make-it-yourself pride and joy?